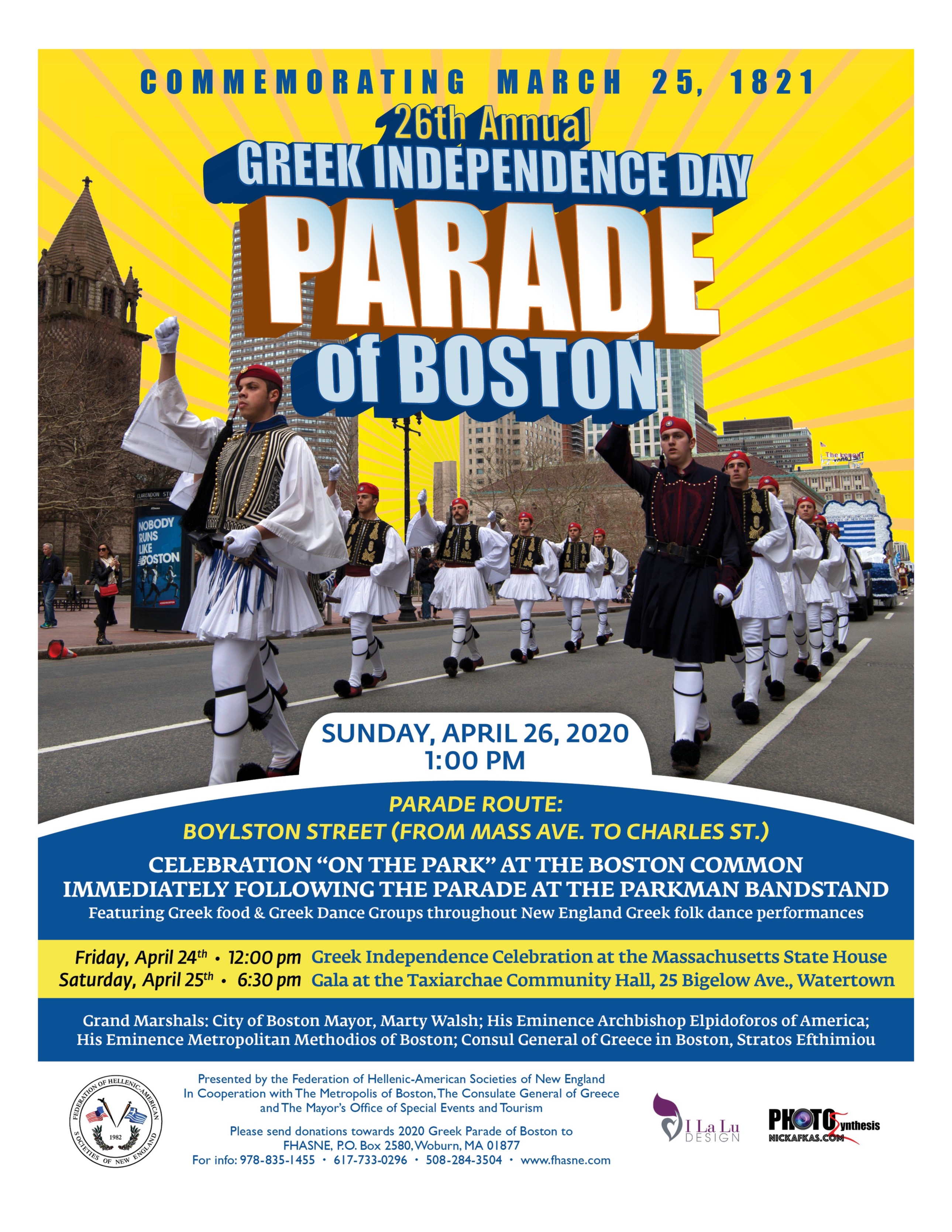 We are sorry to report that the Boston Greek Independence Day Parade and the dance performances following the parade have been canceled due to the evolving COVID-19 virus situation.

Come join us on Sunday for the annual Boston Greek Independence Day Parade commemorating Greece’s march to freedom which began on March 25th, 1821. The 2020 Boston Greek Parade will end at the corner of Exeter and Boylston Street with the EU flag in front of Lenox Hotel in Boston Massachusetts.

If you have any questions about the Boston Greek Parade, please contact the organizers of the Boston Greek parade, the Federation of Hellenic-American Societies of New England, by phone at 617-930-1518 or by email to [email protected]

The Boston Greek parade route is Boylston Street to Charles Street and ending at Boston Common where there will be a celebration of Greek music, Greek traditional dances, and Greek food. Our dance troupe will perform along with other local dance groups.

The Grand Marshals will be His Eminence Archbishop Epidoforos of America, His Eminence Metropolitan Methodios of Boston, Honorable Mayor of Boston Martin Walsh, and Consul General of Greece in Boston Stratos Efthymiou.