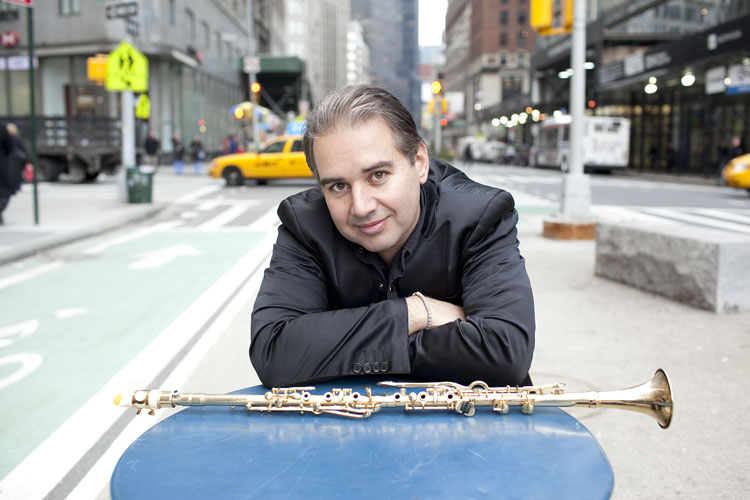 The pre-registration fee is $25 per individual session, or $30 at the door (payable by cash/check.) You can also pre-register for the entire series at a discounted rate of $125. Pay securely via Paypal using the button above (at checkout, you will have the option of selecting the total number of sessions you wish to register for.)

Lefteris Bournias is the founder and leader of Apollo Orchestras, serving the Greek-American community with high-quality traditional and modern Greek music, as well as American music, for 25 years. Early in his career, he attended the Aaron Copland School of Music, earning a B.A. in performance and M.S. in music education. As a diverse musician, Lefteris’ style combines traditional Greek, gypsy, classical and elements of jazz.

In addition to his work with Apollo Orchestras, Lefteri performs at a variety of musical events and venues throughout the U.S., Greece and the rest of the world, and is known internationally as one of the top clarinetists in his field. He specializes in the duple Syrto and the Tsifteteli, both music styles of the Greek island of Chios, and tours annually throughout the island. Lefteri also performs traditional Greek demotika (including tsamika and ipirotika) and is the founder and leader of the Kavala Brass Band, which plays traditional Greek music from the regions of Florina and Edessa (Western Macedonia).

The goal of the Boston Lykeion Ellinidon and Maliotis Cultural Center Greek Music Education Program is to increase knowledge of and appreciation for traditional Greek music. Our unique approach offers both educational presentations about the music, and the opportunity to participate in it by playing and singing.

The spring 2019 course will be composed of six sessions, 2.5 hours per session. Each session will have a different instructor, and focus on a particular aspect of Greek music, including musical history, influences, instrumentation, styling, significant figures and musicians, and contemporary manifestations.

The class will be participatory according to each leader’s discretion. The instructor may choose to invite participation throughout the session, or in a focused, compact period. Participants may elect to engage by listening, participating in the rhythmic element, singing, and/or playing their instrument.

Each session will occur if there is a minimum of 8 pre-registrants for that session. In the event that any individual session does not meet a minimum of 8 participants, registrants registered for the whole series will be refunded the proportion for the cancelled session. If a student wishes to withdraw, a full refund will be provided provided that they inform BLE, in writing, no later than one week before the class begins.