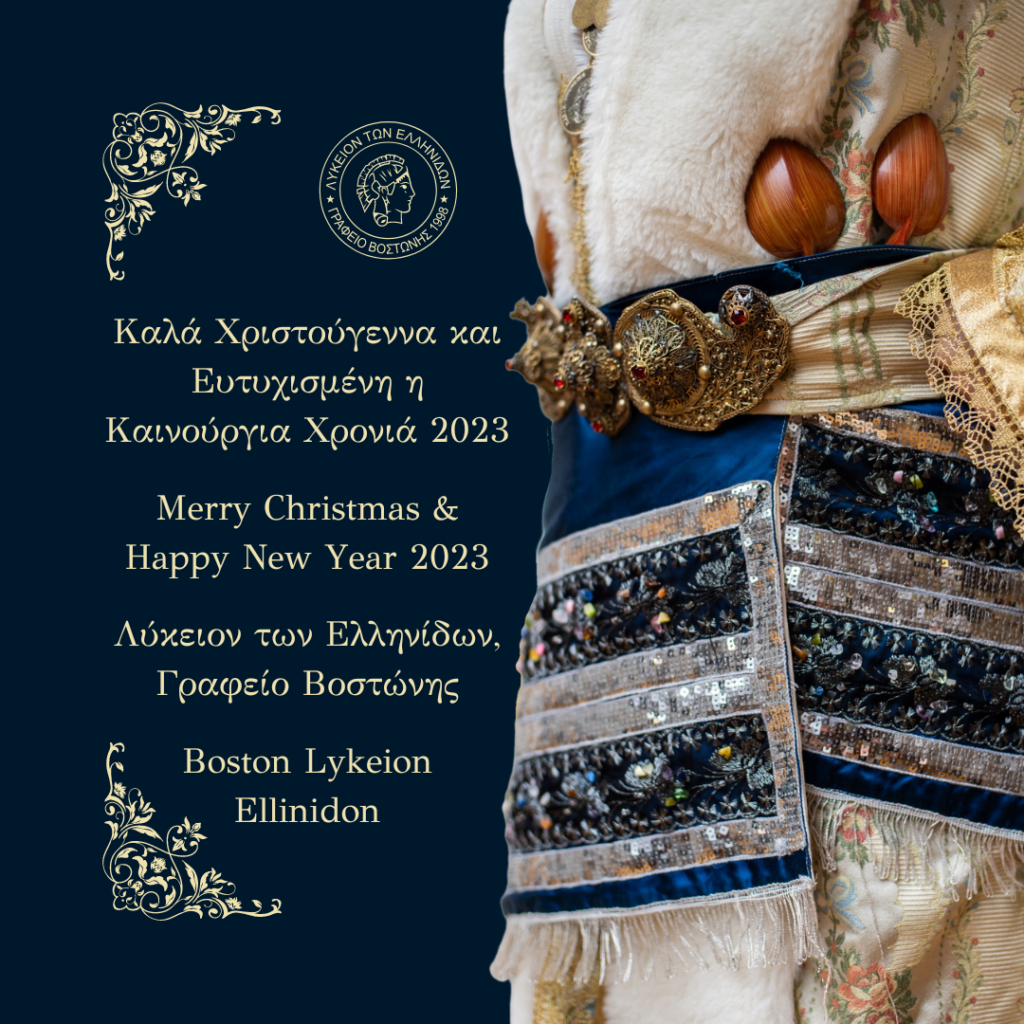 With Christmas and New Year around the corner, we wish our BLE family happy holidays full of food, music, and rejoicing! Καλά Χριστούγεννα και Ευτυχισμένη η Καινούργια Χρονιά 2023! It’s hard to believe that over a month has passed since An Indelible Memory: Commemorating the Greeks of Asia Minor. Thank you to everyone who volunteered, attended, … Continued 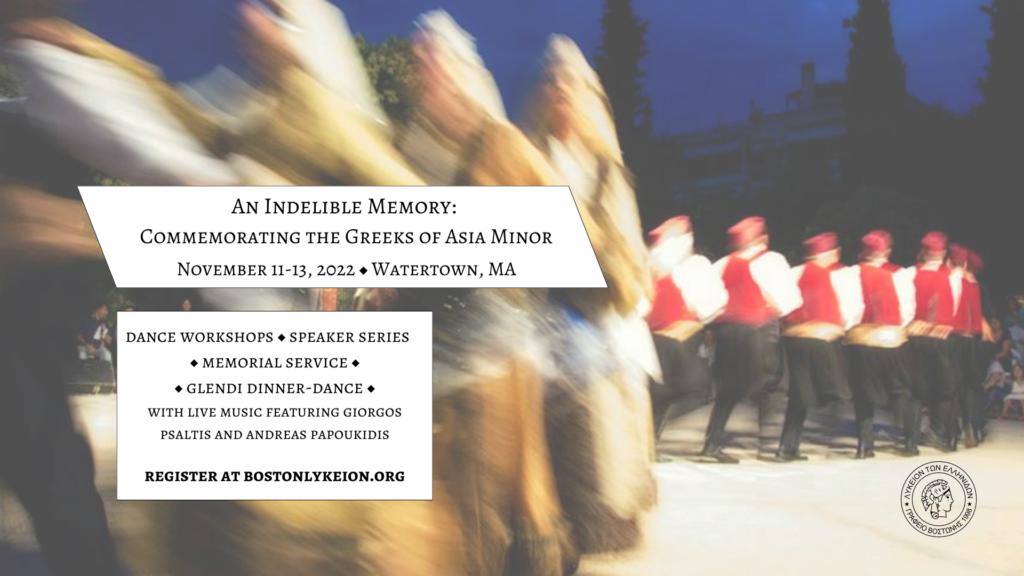 On the 100th anniversary of the destruction of Smyrna in 1922, the Boston Lykeion Ellinidon will join Hellenic organizations around the world to commemorate the survival and perseverance of the Greeks of Asia Minor. The three-day conference will feature guest speakers, dance workshops, and other events. Together, we will discover the tragic history of Mikra … Continued

There will not be any Youth Dance Class this Saturday (9/4). The Boston Lykeion Ellinidon Dance Troupe will be performing at the Greek Festival in Marlboro at 3:00 and 5:00. Please keep checking for the next scheduled Youth Dance Class. 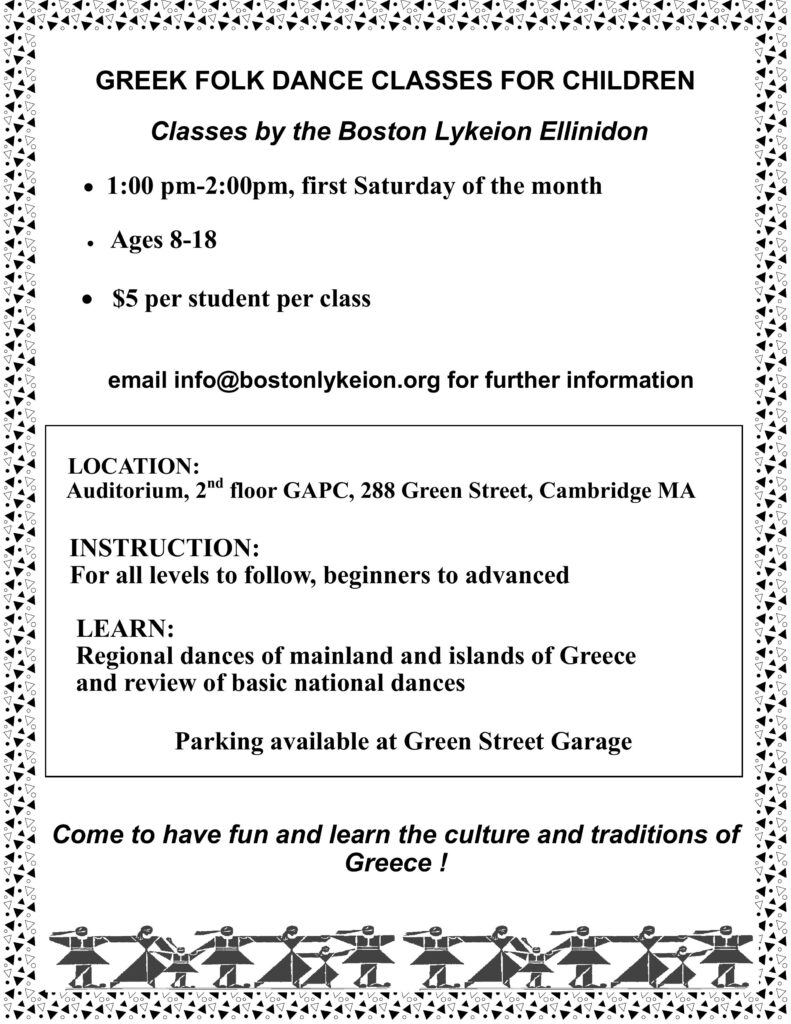 We are very excited to announce that Dance Classes for Youth will resume on Saturday, August 7th! In addition to holding dance classes for adults throughout the year on Wednesday evenings and Saturday noon instructional sessions for specific adult requests, we again will extend our Saturday programming to offer monthly classes for youth. Students ages 8-18 … Continued 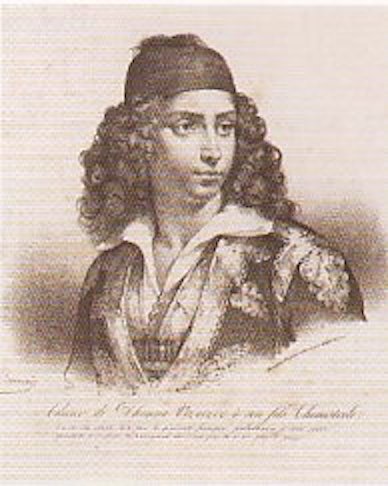 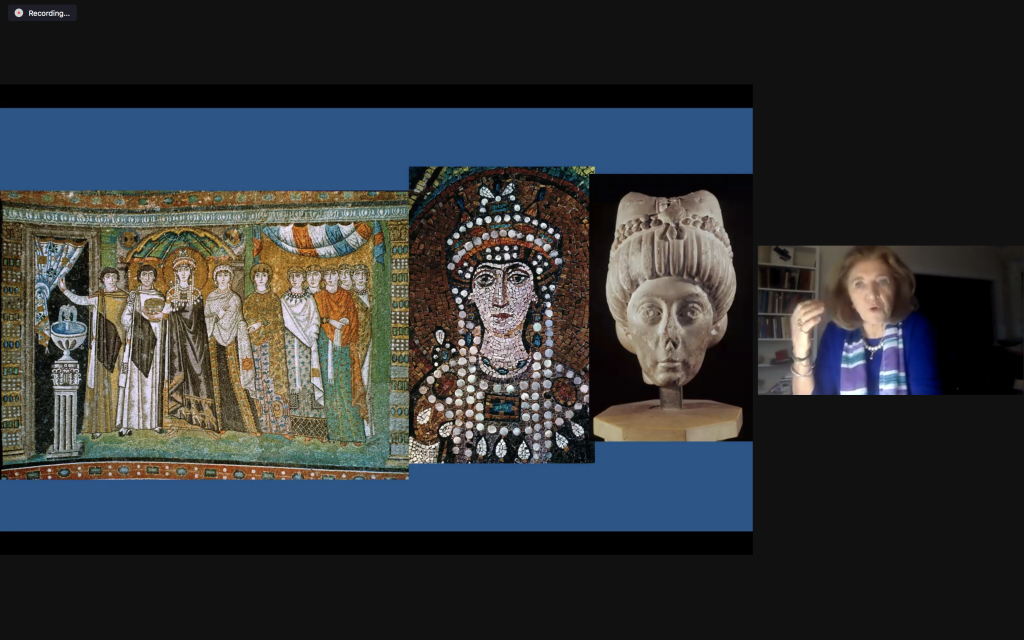 The Power of Virtual Events Over 80 people from around the world gathered on May 26, 2021, for a lively virtual discussion of powerful women in Greek history from the Byzantine era to the present day. The event, which was co-sponsored by the Boston Lykeion Ellinidon (BLE) and the Consulate General of Greece in Boston, … Continued 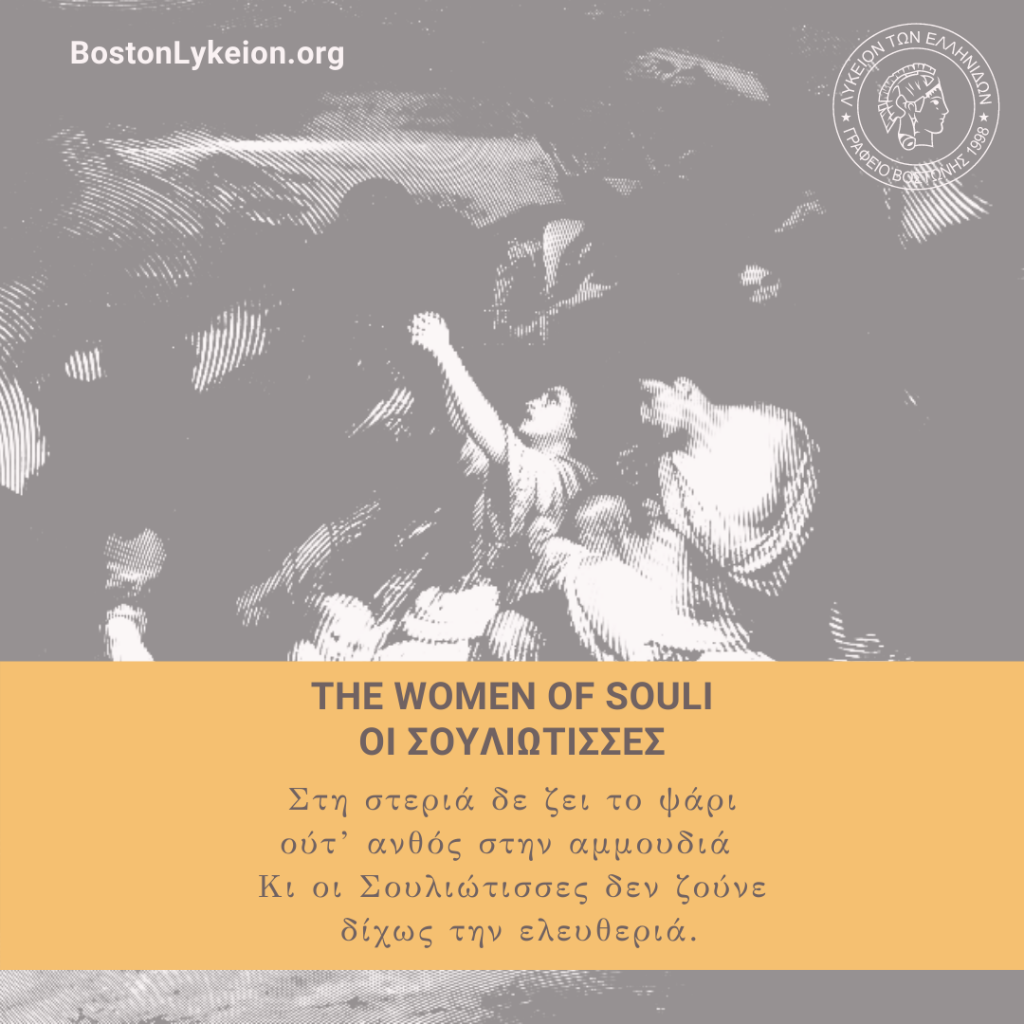 The Women of Souli  The Greek people of Souli, Epirus, treasured their independence, and lived somewhat freely in the mountains in a remote area. Unhappy with this independence, the Ottoman ruler, Ali Pasha, engaged in several battles with area residents to gain control of the area. In 1803, Ottoman troops began an assault on the village of Zalongo. The … Continued 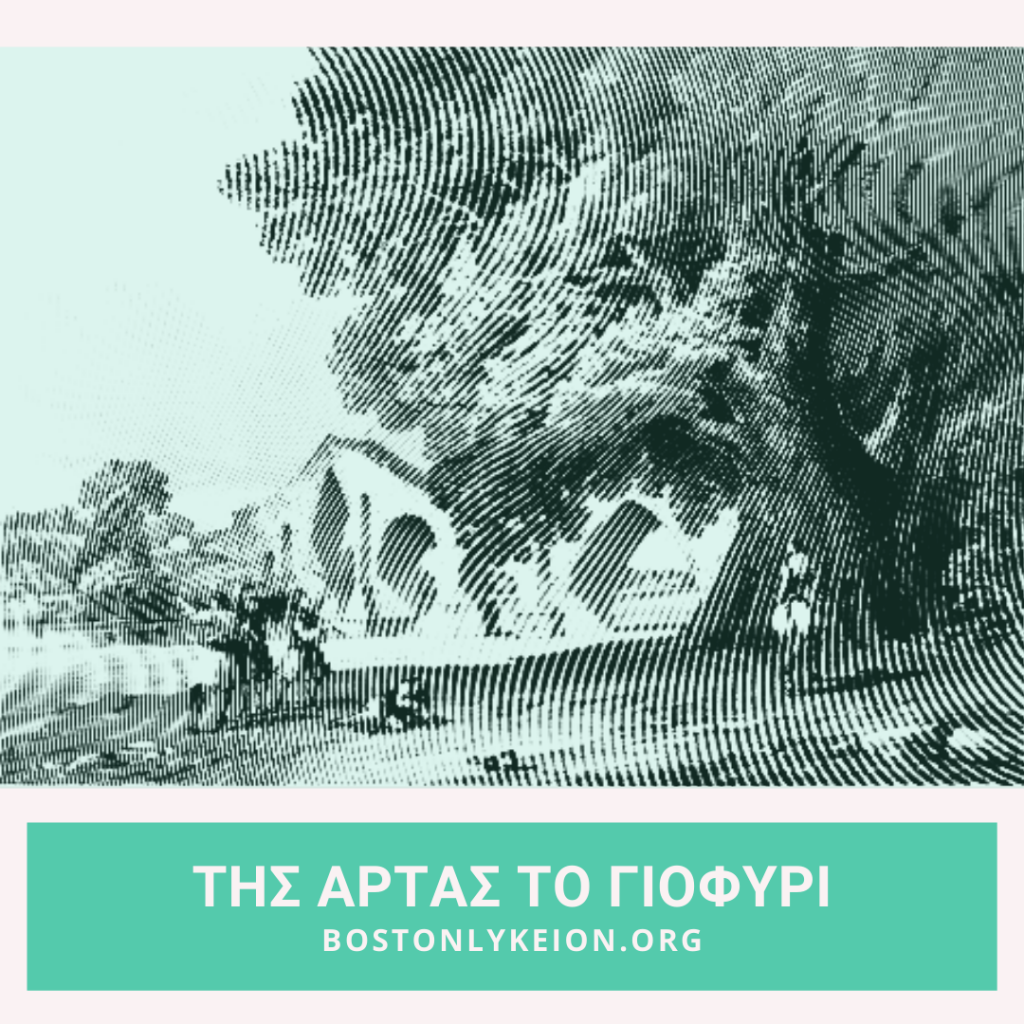 Της Άρτας το Γιοφύρι | Tis Artas to Gefyri | The Bridge of Arta Life in the time of the Greek revolution and onward: what do traditional, demotic, Greek folk songs reveal to us? Along with this, what is the place, the role, the perception of women in these songs? This folk song is known … Continued 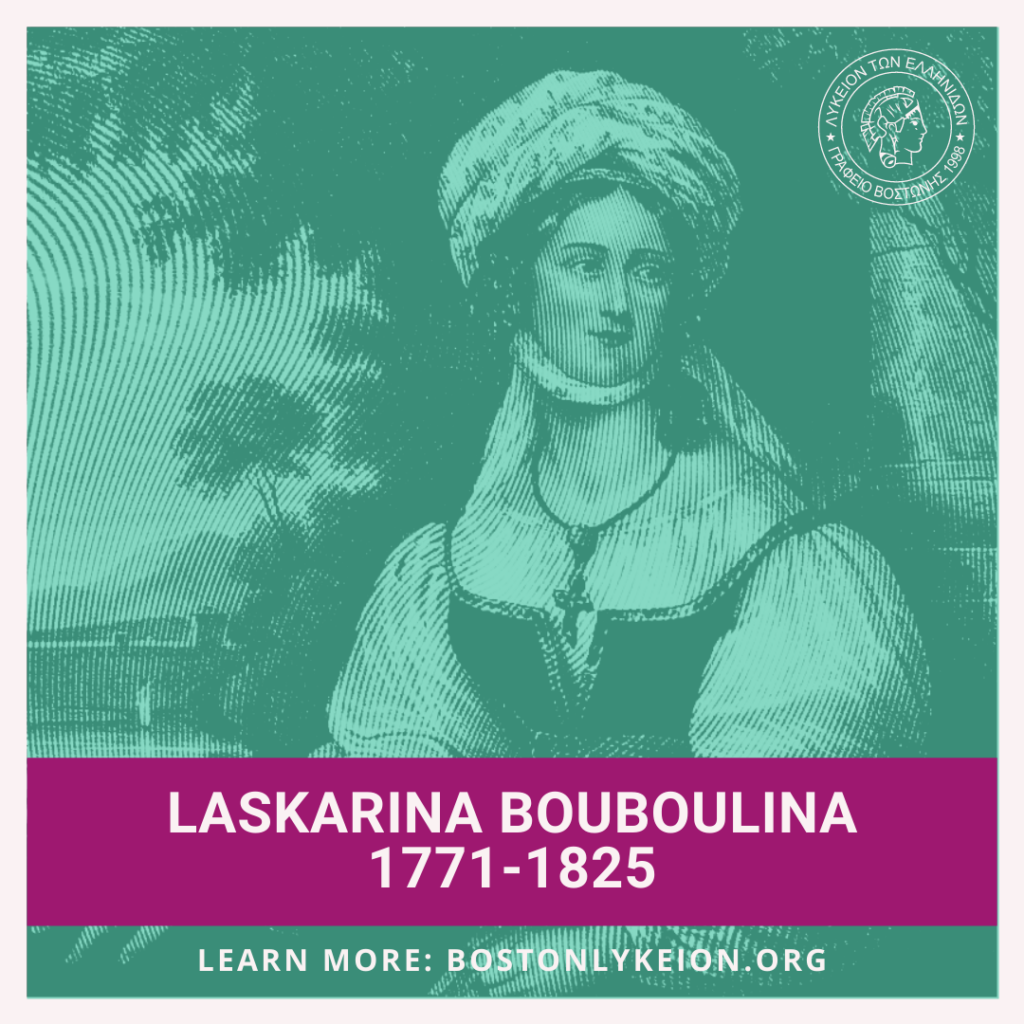 Laskarina Bouboulina: History Laskarina Bouboulina was born in 1771, with the spirit of revolution in her blood, in an Ottoman prison. Her father was imprisoned for participating in a previous Greek uprising. He died shortly after her birth and she never forgot why she was raised without him. She grew up in Hydra and moved … Continued 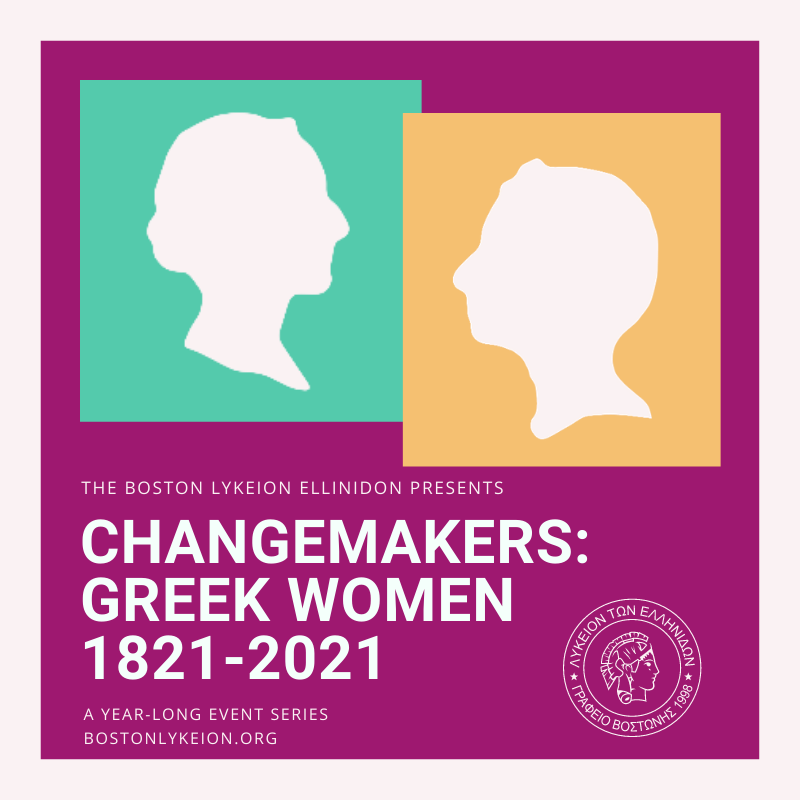 A Virtual Event Series Join the Boston Lykeion Ellinidon for a year-long commemoration of women in the 1821 Greek War of Independence and beyond. Through virtual events and digital content, we will spotlight women’s diverse roles in the Greek Revolution. Together, we will examine their legacy for modern-day Greece and the Greek diaspora. Looking Back, … Continued